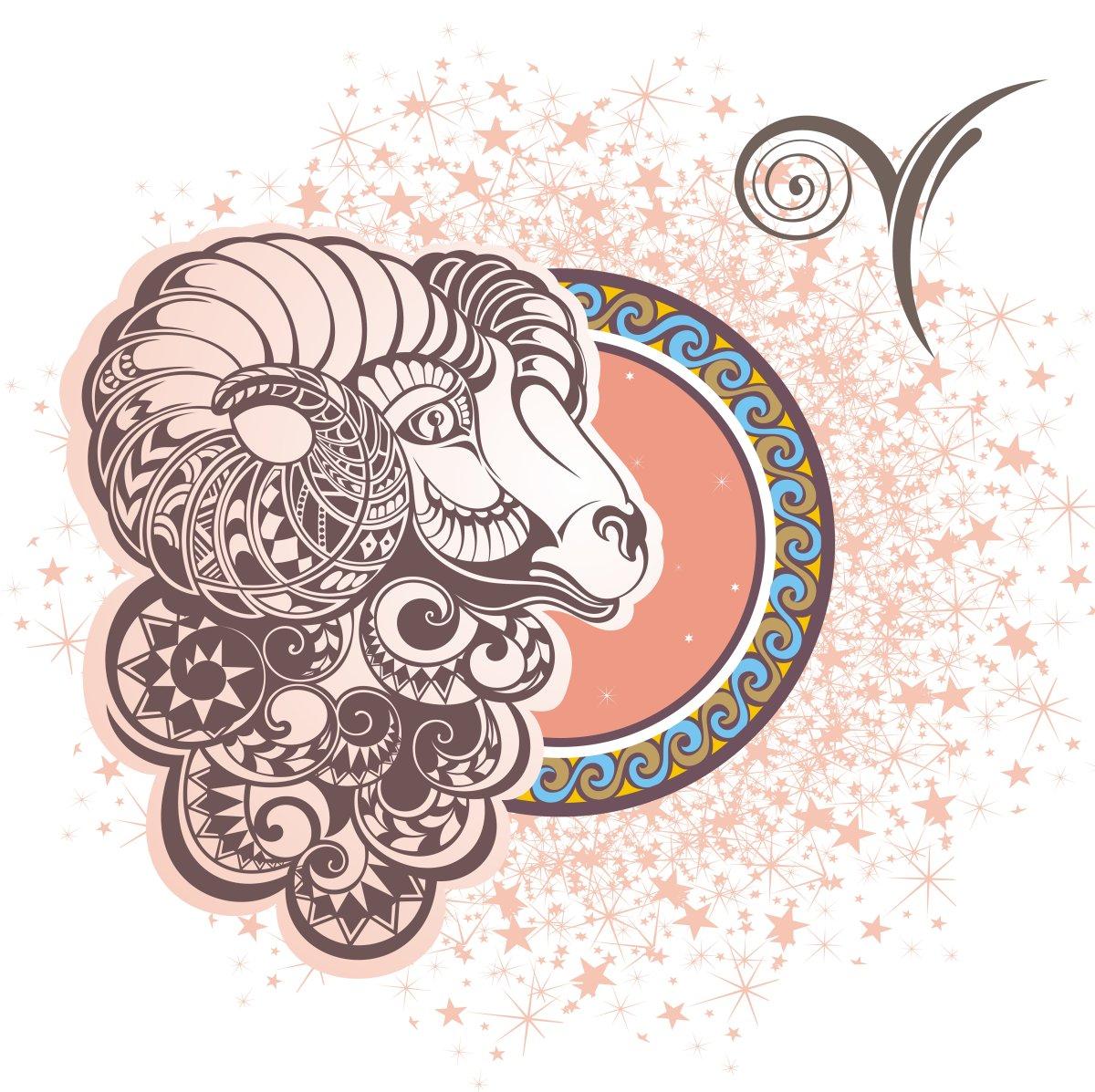 Aries is the first rising sign (first sign/ascendant) of the Kaal Purush chart (Natural Zodiac Wheel). It is ruled by Mars.

BPHS: The sign Aries has blood-red complexion, having a big and muscular body. It is a quadruped sign, which is strong at night. It resides in the East, and is associated with the royal caste. It wanders in hilly areas, also have the predominance of the Rajoguna. It rises with its back (a Prishtodaya sign), having a fiery qualities/nature. (Ch 4, Shloka 6-7).

Complete Description: Aries is one of the three fiery signs of the zodiac. It covers the 0° to 30° path of the celestial longitude of 360°. It is ruled by Mars. The Sun gets exalted in Aries at 0° to 10°, where 10° is its highest degree of exaltation. For Mars, it is also its Mooltrikona sign which is from 0° to 12°. The planet Saturn gets debilitated here at 0° to 20°, where 20° is its deep debilitation point. It is represented by Ram (the male sheep). It’s a Movable sign, having Male qualities, and also represents the East direction. It is of Bilious (Pitta) temperament. It’s Varan (Caste) is Kshatriya (Warrior). It’s a Nocturnal sign, which is strong at the night time. It has a short Ascension, and abodes in forest. It also signifies the place of metals, fire, jewels, and mineral underneath.

Characteristics of Aries: The people having Aries Ascendant or Moon sign have an aggressive nature, who loves to lead with example. However, at times they are unable to control the aggression, which can also lead them to trouble. They are high on energy with a passion for dominance. Fond of travelling to adventurous sites. Wherever they go, they have some influence over people they talk to. They can emerge victorious out of any given situation. In terms of love and relationships, Aries ruled people can prove to be very passionate as well as possessive. They don’t trust people easily, and also try to find errors in others. They need to keep check on their aggression and dominance, else they end up losing everything they have. They are well skilled, and hardworking, and a very brilliant strategy maker. They have a charismatic glow over their face. They are natural fighter, who loves to take on with enemies from the front.

“I am the master of my fate. I am the captain of my soul.” ― William Ernest Henley