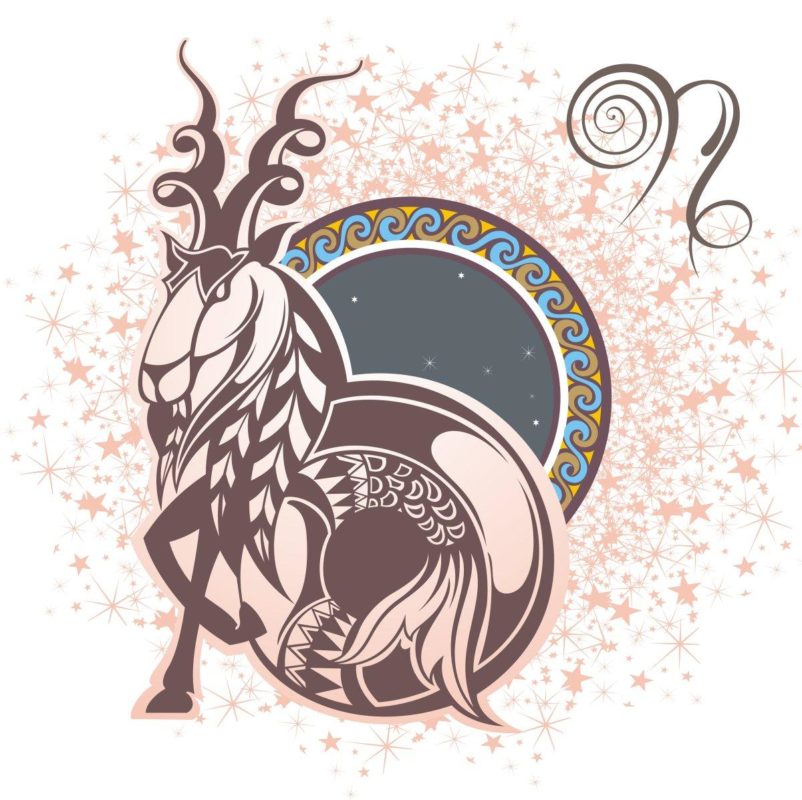 Capricorn is the the tenth sign of the Kaal Purush chart (Natural Zodiac Wheel). It is ruled by Saturn.

BPHS: The sign Capricorn is ruled by Saturn. It is tamoguni, and its element is earthy. It rises with its back, and is strong at night. It resides in the south, has an unwieldy or huge body. It exhibits different colors, and wanders on land and in forests. It is a quadruped sign in the first half from 0-15°, and foot less afterwards, and glides in the water. (Ch 4, Shloka 19-20).

Complete Description: Capricorn is the third earthy sign of the zodiac. It covers the 270° to 300° path of the celestial longitude of 360°. It is ruled by Saturn. The planet Mars gets exalted in Capricorn at 0° to 28°, where 28° is its highest degree of exaltation. Whereas, the planet Jupiter gets debilitated here at 0° to 05°, where 05° is its deep debilitation point. It is represented by a Crocodile having the face of a deer. It’s Movable, but an even sign, having female qualities. It represents the South direction. It is of Windy (Vayu) temperament. It’s Varan (Caste) is Vaishya (Trader). It’s a Nocturnal sign, which is strong at the night time. It has an average Ascension, and abodes in watery places. It also signifies the river banks, forest, and rivers.

Characteristics of Capricorn: The people having Capricorn Ascendant or Moon sign are highly ambitious, well skilled, and industrious to achieve their set goals. They are recognized in the society for their dedication and social work. They try and plan things in a very organized manner, and work until they accomplish their given task. They are quick to adapt to their surroundings and people they work with. However, their egoistic attitude always creates troubles for them every now and then. For Capricorn people, their own reputation, position, and social status are more important than any other thing. They rise in life with their own efforts. Interest in History and love for Antiques can easily be seen in Capricorns. They generally do not share their thoughts easily, and at times their sudden quick decisions surprise others. Their lack of emotions for others can make them feel isolated from their closed ones. They have a charm for materialistic life, but they don’t take a risk to achieve that, instead, they’ll plan things systematically to accomplish that.

“You were given life; it is your duty (and also your entitlement as a human being) to find something beautiful within life, no matter how slight.” ― Elizabeth Gilbert