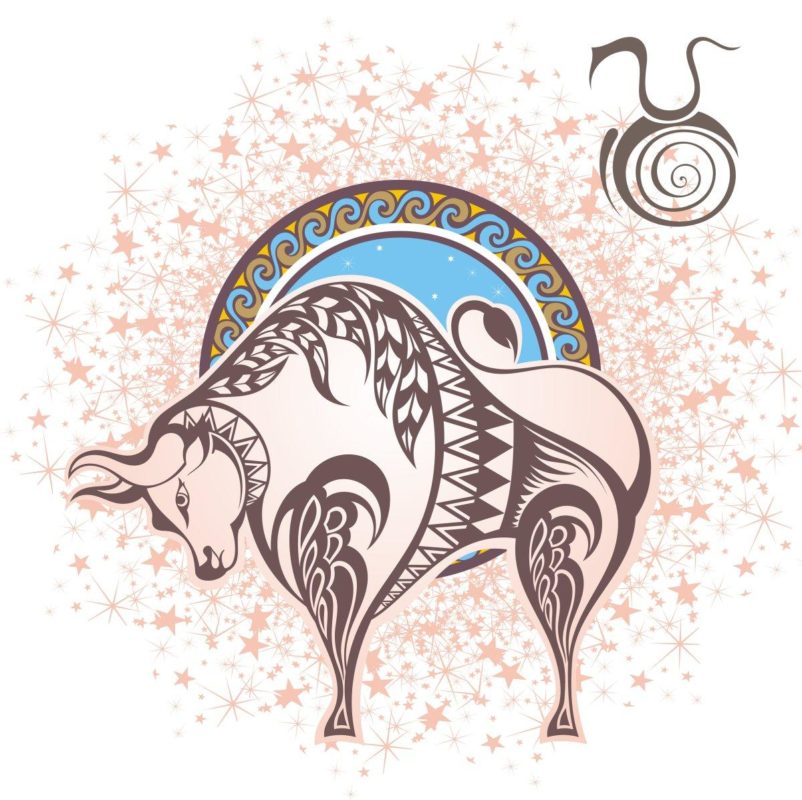 Taurus is the second sign of the Kaal Purush chart (Natural Zodiac Wheel). It is ruled by Venus.

BPHS: The sign Taurus has white complexion, having a broad muscular body. Like Aries, it is also a quadruped sign, which is strong at night, but it has long Ascension. It resides in the South, and it represents villages. It rises with its back (a Prishtodaya sign), and has Rajoguni qualities. It has an earthy element, and of Vaishya caste. (Ch 4, Shloka 8).

Complete Description: Taurus is one of the three earthy signs of the zodiac. It covers the 30° to 60° path of the celestial longitude of 360°. It is ruled by Venus. The Moon gets exalted in Taurus at 0°-3°, where 3° is its highest degree of exaltation. Furthermore, for Moon, Taurus is also its Mooltrikona sign starting at 4° to 30°. Some Astrologers also consider it as an exaltation sign for Rahu with its deep exaltation degree at 20°, whereas Ketu gets debilitated here at 20°. It is represented by Bull. It’s a Fixed sign, having Female qualities, and also represents the South direction. It is of Windy (Vata) temperament. Its Varan (Caste) is Vaishya (Trader/Business Merchant). It’s a Nocturnal sign, which is strong at the night time. It has long Ascension, and lives in plain areas. It also signifies the green field where paddy is grown.

Characteristics of Taurus: The people having Taurus Ascendant or Moon sign have a very relaxed nature, who loves to be a little reserved unless asked to accompany. They don’t get into aggression quite easily, but if they do, then it’s hard to control that, though it would only be for a very short span of time. They may have a quite lazy approach toward their work, but at the same time, they are dedicated to be successful in whatever tasks they take on. They have some kind of rigidness in their thoughts and actions, which makes it hard for them to gel with others easily, but when they get along with others, they prove to be an asset and true support which people can count on. They have brilliant business and analytical skills, which gives them an ability to handle big deals quite easily. Sweetness in voice, and love for delicious food go hand in hand with them. They are emotional but practical people.

“That which does not kill you makes you stronger.” ― Friedrich Nietzsche