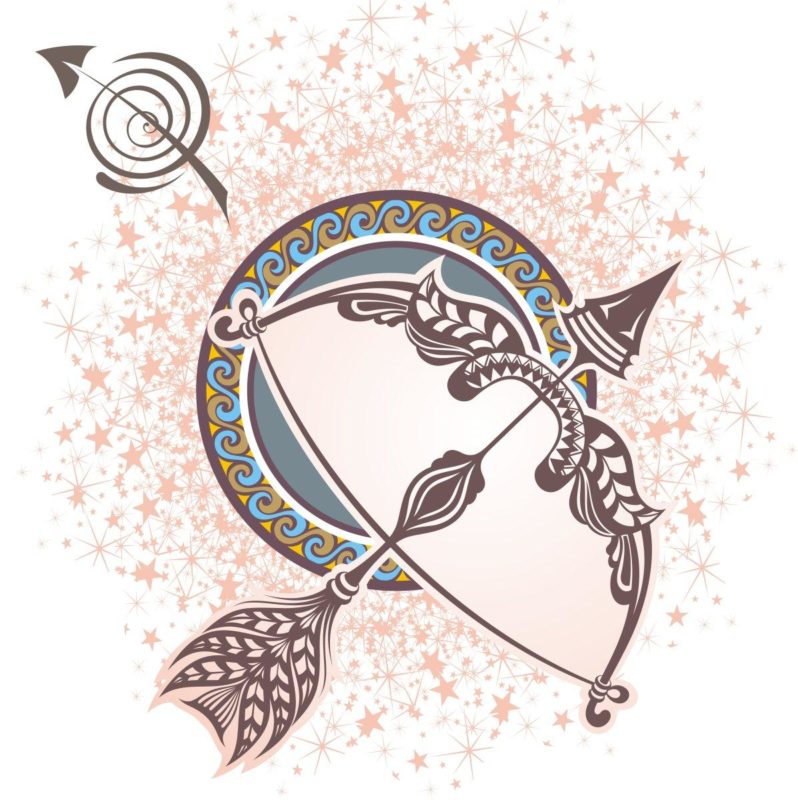 Sagittarius is the ninth sign of the Kaal Purush chart (Natural Zodiac Wheel). It is ruled by Jupiter.

BPHS: The sign Sagittarius rises with its back, and is ruled by Jupiter. It has Satvik qualities, having a pale color. It is a biped sign from 0-15°, and afterward quadruped. It is strong at night, has a fiery element. It’s a Kshatriya Varna sign. Its body is even in size and bears a bow and arrow. It resides in the east and wanders on Earth. Brahma (the creator God) has made it splendorous. (Ch 4, Shloka 17-18 1/2).

Complete Description: Sagittarius is the third among the three fiery signs of the zodiac. It covers the 240° to 270° path of the celestial longitude of 360°. It is ruled by Jupiter. Neither any planet gets exalted nor debilitated in Sagittarius. However, for Jupiter, it’s the Mooltrikona sign which is from 0° to 10°. It is represented by a Man with a bow, having the lower part of the body of a Horse. It’s a Dual sign, having Male qualities, and also represents the East direction. It is of Bilious (Pitta) temperament. Its Varan (Caste) is Kshatriya (Warrior). It’s a Nocturnal sign, which is strong at the night time. It has a long Ascension, and abodes in the battlefield. It also signifies the places where Chariots, Elephants, Authorities, and Kings live.

Characteristics of Sagittarius: The people having Sagittarius Ascendant or Moon sign are courageous in nature and can overcome obstacles at work, or enemies quite easily. They are pure at heart, and their sacrificing tendencies aren’t hidden from anyone. They have good oratory skills and loves to keep themselves engaged in one or the other tasks. They don’t let anybody rule them over. They can only be won over by persuasion and kindness. They respect their parents, and other elder family members unconditionally. They are honest, god fearing, and humble, but become judgemental most of the time. They always tand and fight for justice and equality.

“People ask the difference between a leader and a boss. The leader leads, and the boss drives.”